The Virginia General Assembly began its 401st session on January 8th and at the time of this writing was set to adjourn March 12, five days beyond its scheduled sine die adjournment. Party control of both chambers changed this year as a result of the 2019 elections, and change was the order of the day for this session. The session was described by the Washington Post as the “year of the woman,” with legislation relating to women’s health and the ratification of the Equal Rights Amendment being approved, and the first female speaker in Del. Eileen Filler-Corn being the main headlines. Other headline-grabbing legislation included gun control, marijuana decriminalization, voting rights, comprehensive non-discrimination protections, and more. See below for some of the legislation that might not have made the front page but that has the potential to, cumulatively, reshape the Virginia economy.

Education and Workforce
A continuing focus for the Northern Virginia Chamber, during and beyond the 2020 Session, will be creating, maintaining and attracting the workforce of today and tomorrow. In Richmond this year, we supported major investments in higher education in Gov. Ralph Northam’s 2021-2022 budget as well as several pieces of legislation that help grow the workforce in Virginia. The Chamber is very encouraged that our legislators have heard from the business community that more is needed to fill open jobs and create tomorrow’s workforce.

House Bill 516 by Del. David Bulova was signed by the Governor on March 2 after receiving broad support in the House and Senate (identical legislation was approved in the Senate – SB112 by Sen. David Suetterlein). This bill requires the Board of Education to include in its high school graduation requirements the options for students to complete a dual-enrollment course or high-quality work-based learning experience in place of an Advanced Placement or International Baccalaureate course. Similarly, SB323 by Sen. George Barker allows students with an individualized education program to substitute computer science for foreign language requirements.

Gov. Northam’s budget included historic investments in pre-k-12, community colleges and higher education. The Chamber worked hard to ensure those investments were protected during the General Assembly session; the budget is finite and the new majority had a long list of priorities in need of funding.

We are pleased that the Governor’s G3 program which provides tuition-free community college available to low- and middle-income students who pursue jobs in high-demand fields was funded ($69 million over two years) albeit lower than what the Governor requested ($145 million over two years). The program also retained the income eligibility requirements at the introduced level, after the Senate chose to lower the threshold to 200 percent federal poverty or lower. That would have eliminated 8000 potential Northern Virginia Community College students from G3 eligibility.

The budget also includes $22 million in new base operating support funding for George Mason University. Twenty-three past chairs of the Chamber of Commerce signed a letter making the case for this funding, which brings Mason closer to funding parity with other senior institutions in the Commonwealth.

The largest category of new education investment in the budget is in pre-K-12 with more than $1 billion in increased funding over two years. This includes teacher raises, higher direct aid to localities, and major expansions of the Virginia Preschool Initiative.

Transportation
The Chamber worked closely with our partners in local government and the Northern Virginia Transportation Authority to advocate for restoration of the $102 million diverted from the NVTA to the Washington Area Metro Transit Authority (WMATA) in 2018. We are pleased that the final “Transportation Omnibus” provides $50 million in funding to partially fill the gap. The final conference report does so by including: the distribution of $40 million from the newly created Commonwealth Transportation Fund to the Northern Virginia Transportation District Fund, from which $20 million annually is distributed to the NVTA; the $0.10/$100 grantor’s tax in Planning District 8 which provides $30 million in annual funding for NVTA. Together, the provisions included restore $50 million to Northern Virginia. With the projected $18 million in annual revenue from the I-81 Corridor Improvement Plan established in 2019 (down from $20 million originally projected), total restoration rises to $68 million. The Chamber will continue to advocate for full restoration in future General Assembly sessions.

Research & Development Tax Credits
The Chamber through its membership in the R&D Tax Credit Coalition supported Sen. Howell’s Senate Bill 110 and Del. Jay Jones’ House Bill 748. The conference report of these bills increases the major R&D credit from $20 million to $24 million and increases the small credit from $7 million to $7.7 million. The sunset dates for both credits were extended to 2025. These credits improve Virginia’s competitive position in high growth fields like cybersecurity.

The “Fair Share” bill introduced by Sen. Dick Saslaw was defeated in the Labor and Commerce Committee. The bill would have required employees to pay a pro rata share of a union’s collective bargaining expenses if that union in effect represented the employee in that bargaining. The full repeal of right to work introduced by Del. Lee Carter was left in Appropriations prior to crossover.

Clean and Renewable Energy
This General Assembly had a very strong interest in pursuing new clean energy policies for the Commonwealth. Our 2020 Legislative Agenda supports initiatives that promote a diverse, reliable, efficient, and affordable energy portfolio to support a growing economy, while contributing to the Commonwealth’s economic development and environmental goals. While the Green New Deal did not make it out of the House prior to crossover, the Virginia Clean Economy Act was approved on March 7. This bill implements a mandatory renewable energy portfolio standard (RPS), replacing the voluntary RPS, which requires Virginia’s energy producers to utilize all renewable sources by 2050. The Chamber remained neutral on this bill during the session because while it does expand Virginia’s diverse and efficient supply of energy, it poses risks to ratepayers in terms of absorbing the cost of transitioning to 100 percent renewable. The Chamber will work with Dominion Energy and the General Assembly in future years to ensure the implementation of this legislation does not adversely impact the business community.

The Chamber supported the Virginia Energy Plan, offered by Sen. Barbara Favola and Del. David Reid, which calls for the creation of a plan to meet the goal of net-zero emissions in Virginia by 2045. The Chamber is supportive of this approach to clean energy policy because it includes private sector engagement, considers economic implications of the transition to clean energy, and is generally a more business-minded approach to clean energy policy while keeping intact the Governor’s 2050 target.

Sen. Lucas’ SB1096 that supports the deployment of electric school buses to our public school systems did not get a final vote before adjournment. Earlier this year, Dominion Energy announced their partnership with 16 school districts, including Fairfax, Prince William, Arlington and Alexandria, to allow them the purchase of electric school buses at the same cost as diesel models.

Taxing Authority
One challenging set of bills offered by Sens. Barbara Favola and Hanger in the Senate and Del. Vivian Watts in the House would equalize taxing authority between counties and cities. The Chamber opposed these bills because they would allow counties to adopt an unlimited meals tax without referendum and to adopt a higher transient occupancy tax. We worked closely with the patrons and were able to put in place a six percent cap on the meals tax. Furthermore, the final conference report has a prohibition on a county that has had a meals tax referendum and it was defeated from adopting a meals tax within six years of the defeated referendum. This means that Fairfax County, in which a referendum failed in 2016, cannot adopt a meals tax until November 2022 at the earliest.

Required Employee Leave Proposals
After many paid or earned leave bills failed, only Sen. Barbara Favola’s remained after crossover. The bill went to conference, but the Senate did not vote on it before final adjournment, effectively killing it for the year. Under this bill, employees accrue one hour of leave per 30 hours of work and can earn up to 40 hours per year. Accrual begins on January 1, 2021 or at the date of hire, whichever is later. Employers with less than 15 employees are exempt, as are federal employees. If an employer already offers leave to employees that can be used for the reasons in the bill, it is not required to offer additional leave. There are additional provisions in the bill related to shift work, requiring documentation, leave donation, and good faith effort for advanced notification. The bill also prohibits termination or demotion of, or discrimination against, an employee taking up to 16 hours of unpaid sick leave annually. The Chamber worked with the Coalition for a Strong Virginia Economy to try to amend the bill to make it more palatable to the business community, but only small changes were included in the final version.

Other Bills Of Note in 2020 General Assembly Session
GO Virginia
The Chamber opposed a bill by Sen. Scott Surovell which would have required 25 percent of regional GO Virginia grants to be awarded to projects that support jobs in federally designated Opportunity Zones. The Senate Finance Committee voted to pass by the bill indefinitely on Jan. 28.

Association Health Plans
Numerous bills were approved by the General Assembly to allow associations like Chambers of Commerce to offer health coverage to small businesses. This helps small business gain access to more affordable healthcare for their employees. Last session, Gov. Northam vetoed legislation regarding association health plans. The Virginia Chamber took the lead in working through his list of objections.

Local Zoning Ordinances and Labor Protections
A bill by Sen. Adam Ebbin (SB839) was passed by indefinitely before crossover by the House Local Government Committee. This bill would have allowed localities to include as a condition of approval for a special exception a requirement that developers enter into a project labor agreement with its contractors. The Chamber was very concerned that this would have had a very strong chilling effect on development in Northern Virginia.

These weekly updates are meant to provide a snapshot of how the Chamber is advocating on behalf of our members at the General Assembly. If you would like to know how the Chamber is engaging on a topic not included in this update, please contact Vice President of Government Relations Clayton Medford (cmedford@novachamber.org).

There are advantages in membership

A Chamber membership is more than a box to check, it's a gateway to business growth. Through our weekly networking and educational events, we provide opportunities for our members to connect with each other. 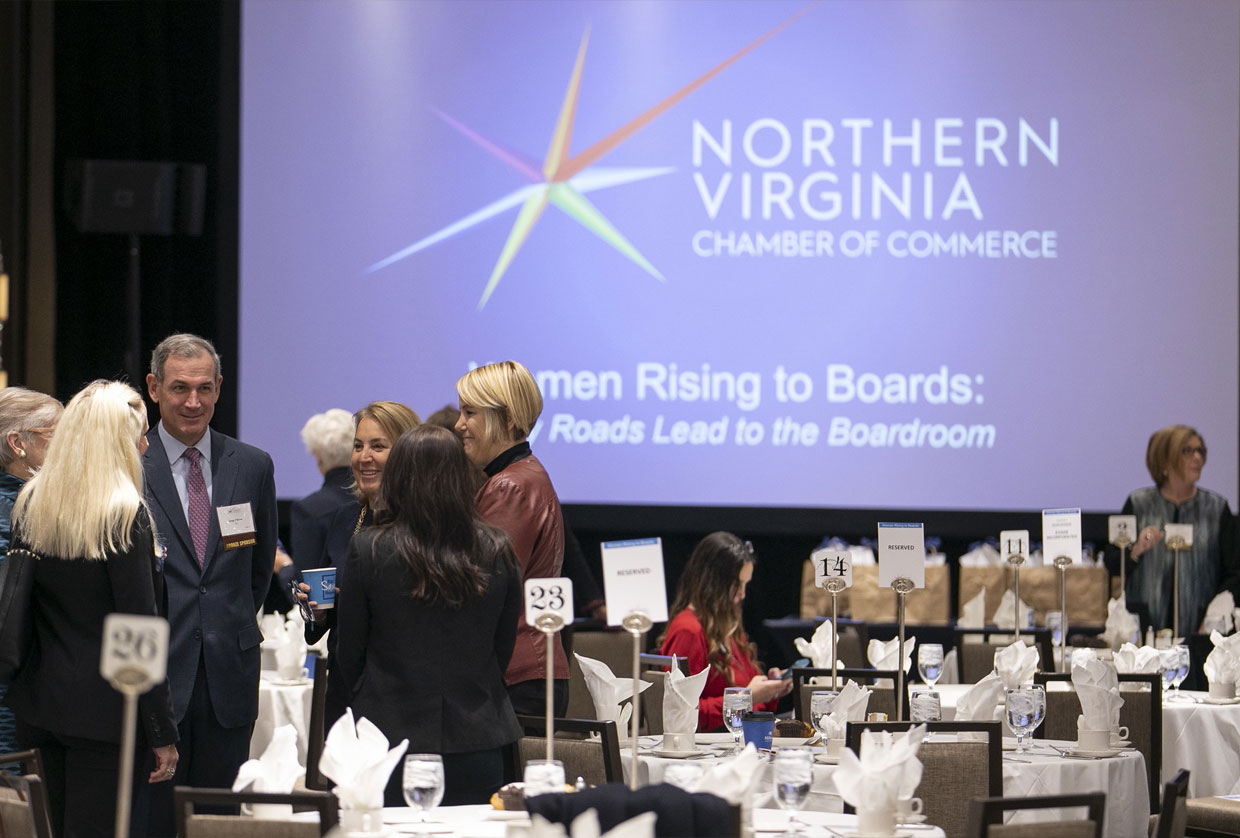 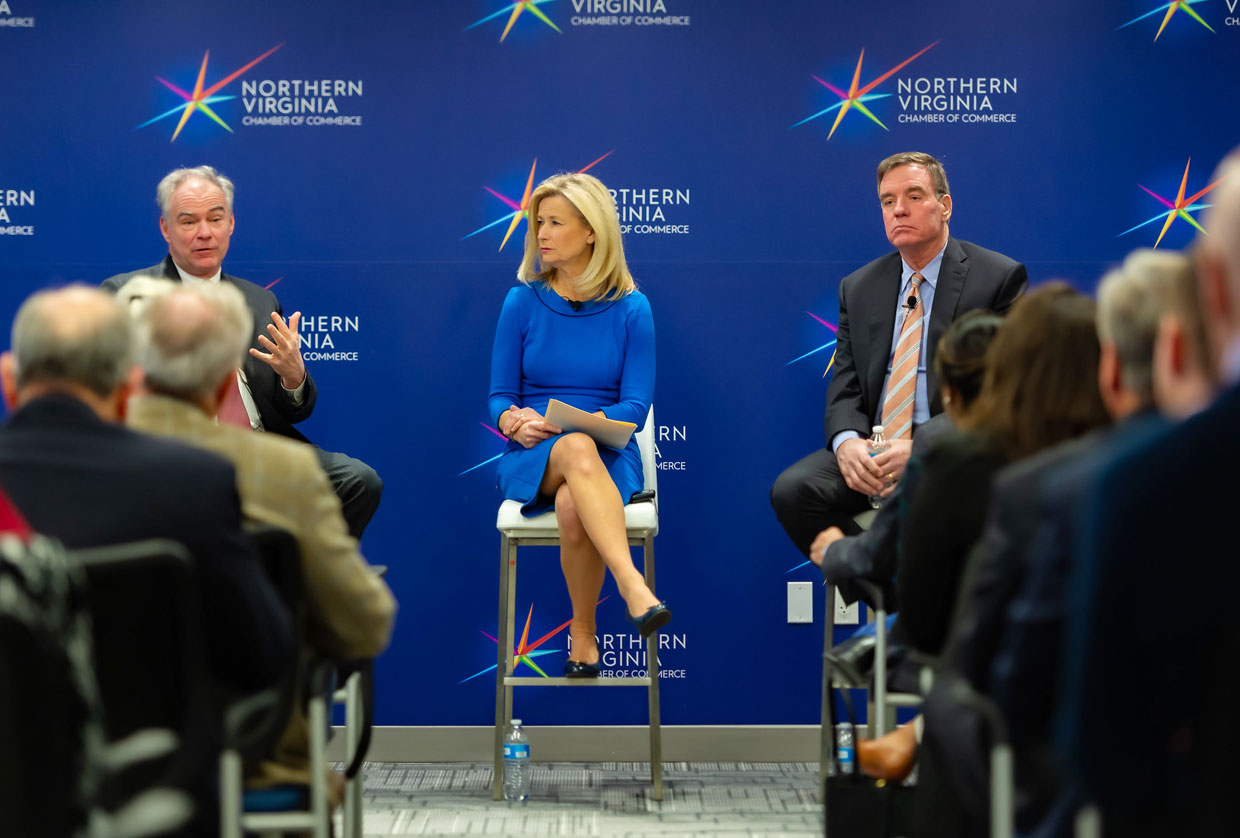 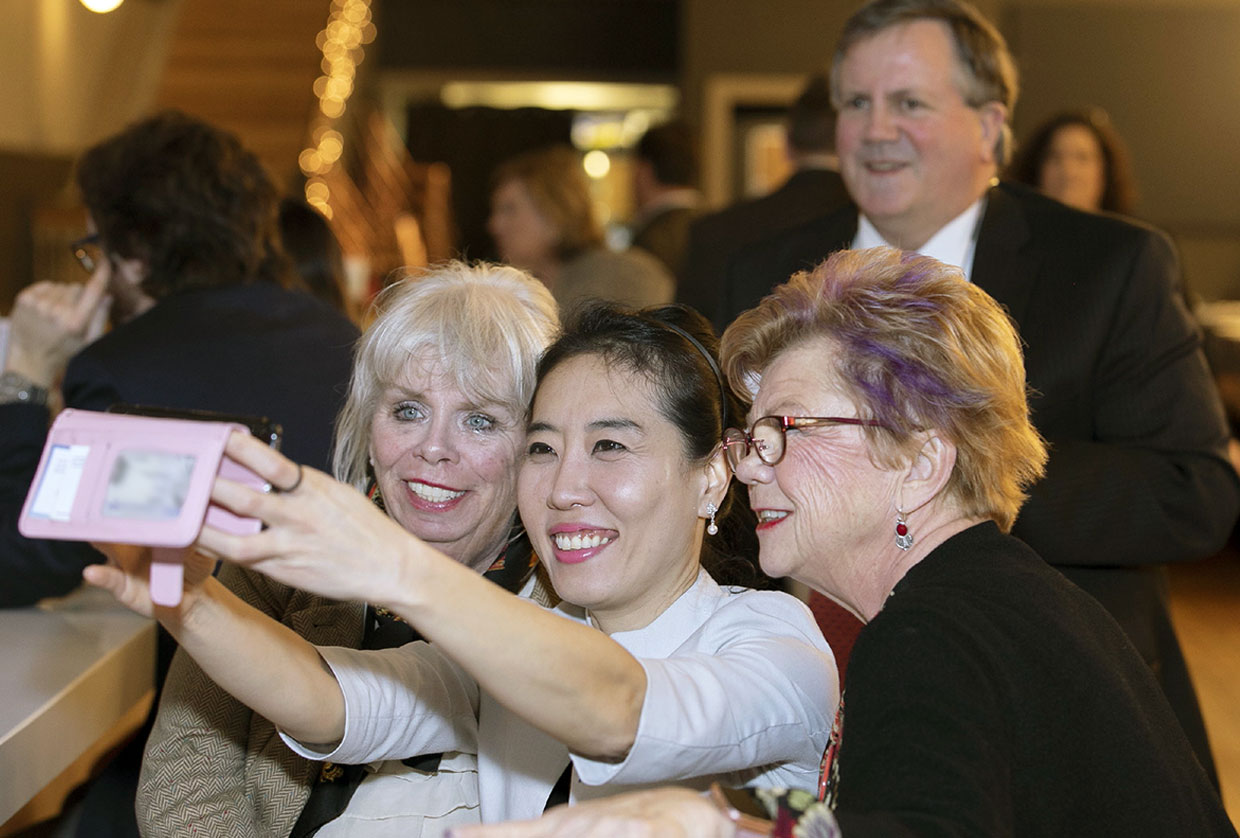 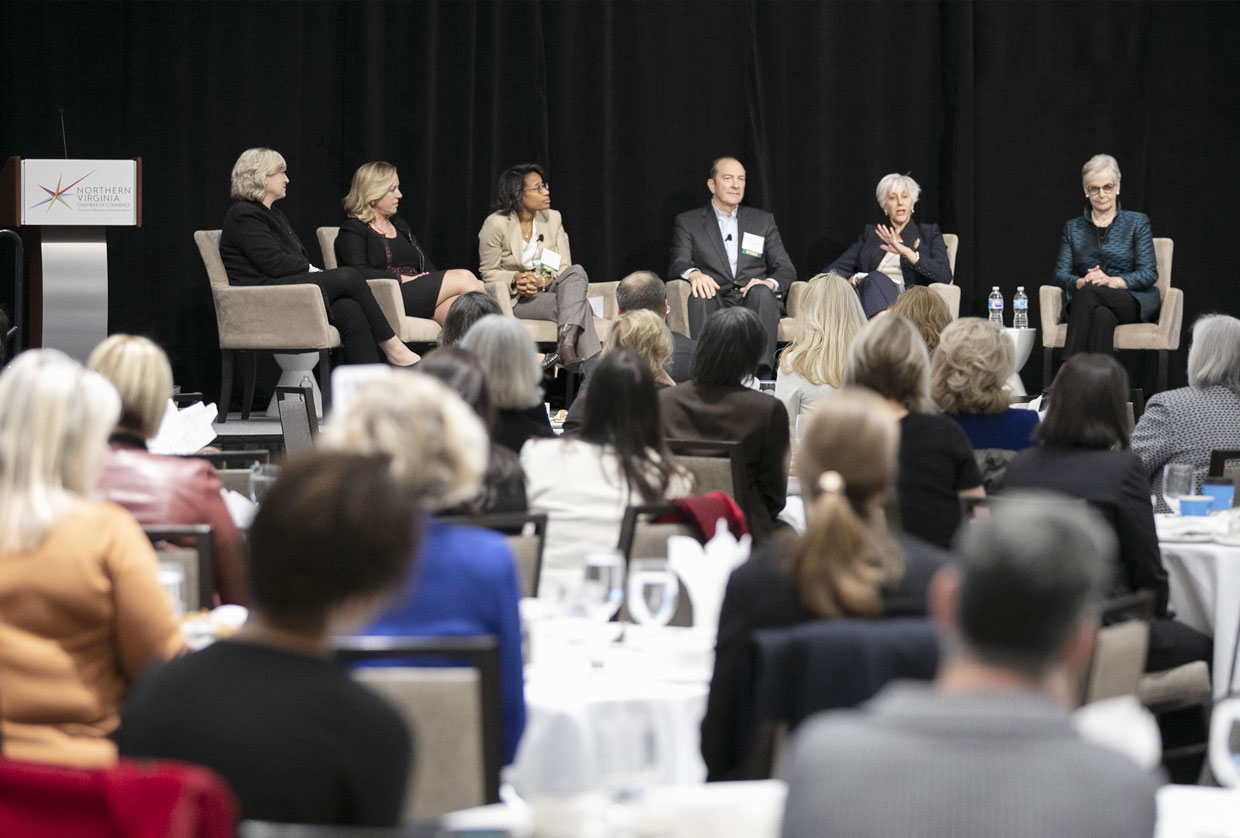 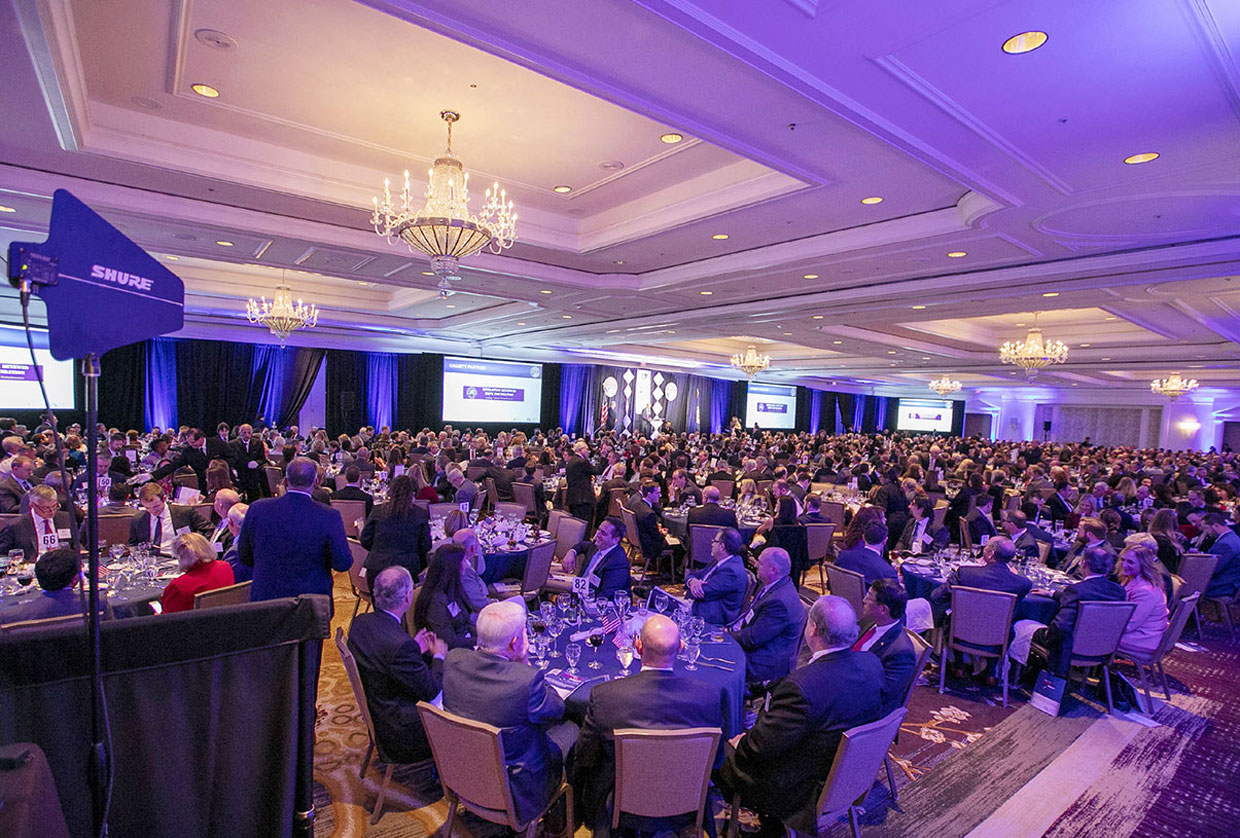 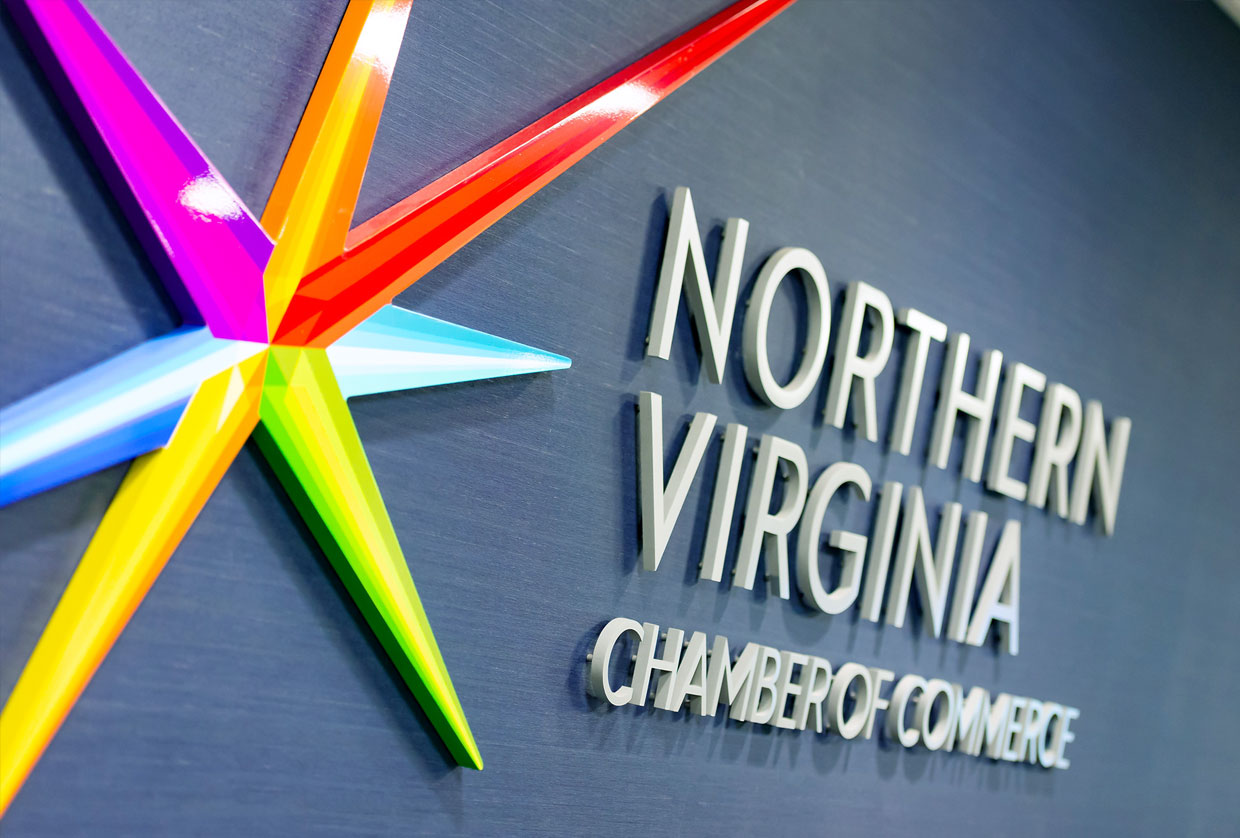