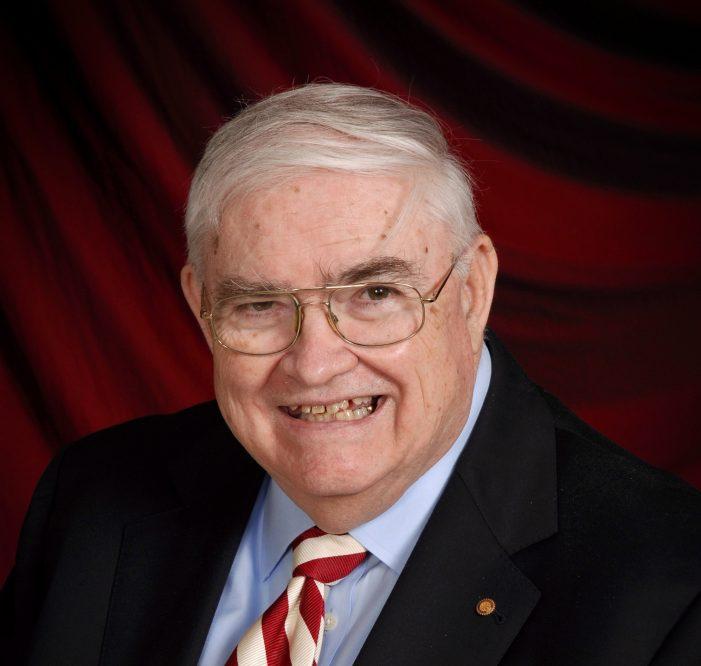 “Veterans are special people. Duty, honor, integrity and loyalty are their hallmarks and they bring to each role a sense of leadership and responsibility. Within the business world they exemplify the best of what we want in employees. I tell everyone that when they give veterans a chance, they can’t go wrong.”

So says W. Glenn Yarborough, Jr, a Colonel with the United States Army (retired), President and Chief Executive Officer of WGY & Associates, LLC., and this year’s Distinguished Service Awards Lifetime Achievement Award Honoree. We spoke with Glenn about what it means to be a veteran in business and how we, as employers and colleagues, can best assist those transitioning from the military into the business world.

A 27-year veteran who retired only after a horrible automobile accident left Betsy, his beloved wife of 50 years, with a traumatic brain injury that required dedicated medical care, Glenn is proud of his time as a Colonel in the Army. He entered the military in 1961 at the age of 21 after graduating first from The Citadel and then from the University of South Carolina, where he later earned his MBA. He spent most of his time in the 1st Division, the Big Red One, with seven years in the Cavalry and Armor units in Europe and three years in Vietnam. Later on, he focused his attention on acquisition management and support of Army Infrastructure, skills he used to his advantage when switching to the business world. His last assignment was as Military Assistant to the Assistant Secretary of the Army for Research Development and Acquisition.

With Betsy’s full recovery a couple of years later, Glenn was able to focus his attention on his business, WGY & Associates, LLC, that supports the Department of Defense and the Army in acquisition, logistics and technology. His own transition from the Army to the business world wasn’t always smooth, and memories of that period have left Glenn with a goal to help other veterans have an easier time as they switch careers.

“Veterans, no matter their role or branch, gave up their lives in service to our country. But the change from a military life to a civilian one is dramatic. During their military time, soldiers are told where to go and what to do each day. There was always a strict structure and regiment. This is why they face incredible obstacles and loneliness as they transition to the more relaxed civilian world. Employers should know that there is incredible talent and skill to be had with a veteran employee. The key to unlocking that talent is for an employer to be sympathetic and adjust to help meet the veteran’s needs during the transition. Their reward will be the best workers possible. Veterans are dedicated leaders, all. Military duties are not 0900 – 1700, but rather, ‘till the job is done.'

Something that would help businesses looking to hire veterans is to learn more about the service environment. It is unique. Sometimes there is no obvious title correlation between a service member’s role and a civilian job counterpart. For example, it would be difficult to define a Tank Commander or the Infantry Squad Leader in corporate terms, but the skills learned and experience gained from those roles could directly translate to and benefit a business.

At the time I retired and transitioned to the civilian world, there really weren’t good programs designed to help veterans with that shift. Today, the military offers tremendous transition programs plus terrific professional development programs such as the Association of the United States Army (AUSA) for Army members. The Army also has a program called PAYs that follows the service member from recruitment to transition and offers job placement and interviews. Every branch of the military has a similar program. Virginia Values Veterans is a critical program to help those transitioning, as is Easterseals. I’ve noticed an increase in the number of schools, both commercial and public, that offer assistance, as well.

Getting the word out on these programs is so important. Many who leave the services just don’t know about the assistance that is available. The programs are there now, but the communication is not. Same with those within the Veterans Administration. This is where our Virginia business community can really help. I ask my business world colleagues to learn about these programs and help spread the word to those transitioning out of military careers. Give veterans a chance. You can’t go wrong.

I advise veterans who are transitioning to the business world to be yourself. Focus on your strengths: your professional development training and the well-honed education you received in the service. Remember that you learned details of hard work, organization, planning, and discipline in stressful settings often unknown to the commercial civilian industry. Plan ahead and manage your own expectations as you embark on your new career. You are entering a separate world from military service, but that does not mean you are unprepared for this new life. Use the programs that are available to you to help you understand this new world. Seek out support from a community of service personnel such as the Veterans of Foreign Wars (VFW) and American Legion. They can help lessen the pain and loneliness of departure from your military life. Other organizations such as the Northern Virginia Chamber of Commerce are forever watchful and often helpful.

I miss my military service so much. Even today. I believe in the military as a career; we need service personnel. We lose a lot of good people from the military each year and I hate to see them leave. However, the military’s loss is the business world’s gain. Hire a vet."

In addition to his bio found here, Glenn: