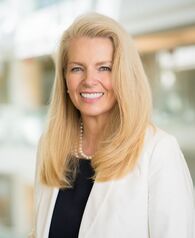 I was honored to start my service as Chairman of the Northern Virginia Chamber of Commerce on July 1.

In June, in response to the brutal deaths of George Floyd, Ahmaud Arbery, Breonna Taylor, Rayshard Brooks, and all those who have come before them, the Northern Virginia Chamber of Commerce issued a statement that the Chamber would condemn racism, discrimination, and prejudice of any kind. No exceptions. The Chamber also reiterated its strong commitment to diversity, equity, and inclusion, making it clear that the Chamber’s commitment to diversity and equality would be reflected in its programming, including speakers, and its organizational relationships.

On June 28, former chairs of the Northern Virginia Chamber of Commerce wrote to the Chamber asking the Chamber and its political action committee to withdraw its speaking invitation to Virginia State Senator Amanda Chase, an announced candidate for Governor of Virginia. In making this request, the former chairs also asked the Chamber to publicly repudiate Senator Chase’s recent actions and statements related to the removal of Confederate monuments, “white history,” statements about State Senator Jennifer McClellan, and Senator Chase’s actions to aggressively spread a hoax that rioters were crossing the James River to attack the white citizens of Chesterfield County.

The Chamber leadership team decided to cancel the event with Senator Chase, and subsequently sent a letter to our members announcing the cancellation and reiterating our core values. This was also shared on social media and our website.  I’d like to take this opportunity to emphasize why the cancellation was necessary.

Going forward, we want to make it clear to any candidate seeking office in Virginia that we will not tolerate, either overtly or subtly, any statements or actions that are inconsistent with the Chamber’s core values, our commitment to racial justice, and our efforts to stamp out racism, discrimination, and prejudice. Hate has no place in this Chamber, in Northern Virginia or in the Commonwealth.

Northern Virginia is one of the most vibrant economic centers in the world, home to 12 Fortune 500 companies and Amazon’s new H2Q. Our diversity is a core strength and competitive advantage.  The Chamber is committed to our mission to attract, engage, and retain a diverse membership and leadership that fully reflects the diversity of the broader region.

During my term as chair, I intend for the Chamber to take the following actions:

Board of Directors Chairman