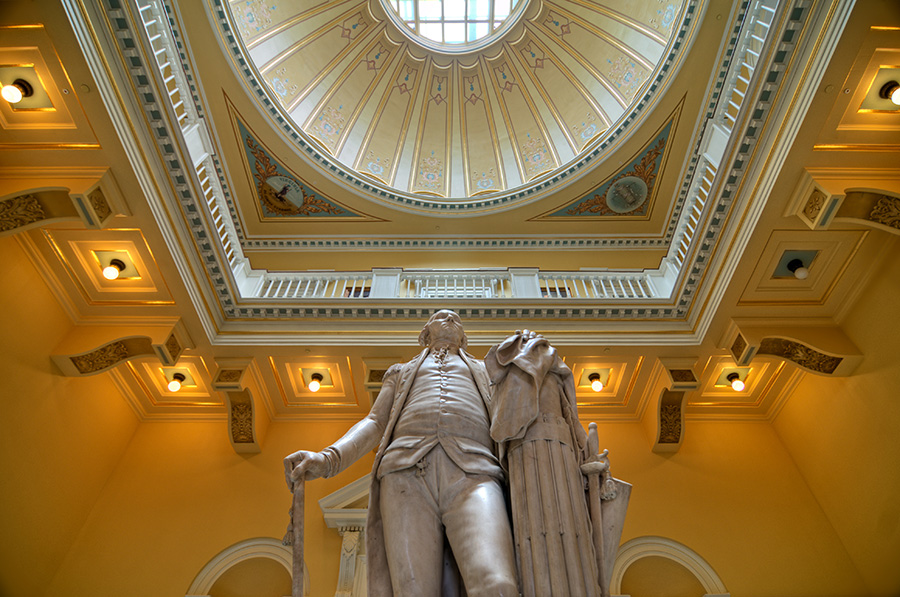 You have seen the news that the General Assembly adjourned this weekend, leaving only the budget incomplete. Once House and Senate negotiators reach a compromise (or perhaps sooner), Gov. Youngkin will need to call a Special Session to finalize the first budget in his first term. In the meantime, negotiators must continue to make efforts to close a $3 billion gap between the two versions before the end of the fiscal year on June 30.

The General Assembly did adjourn sine die on Saturday, completing a 60-day session defined by what is new: a new Governor in Glenn Youngkin, a new House Speaker in Todd Gilbert, and a new balance of power with House Republicans taking back the majority. Overall, it was a positive legislative session for Virginia businesses. While there was no marquee piece of legislation that will impact the trajectory of Virginia’s economy, a number of very important bills will give our economic growth some needed tailwinds as we continue to repair the damage done during the pandemic.

One lasting takeaway from this session will be its potential impact on our ability to fund education and transportation. This infrastructure is the bedrock of a strong economy in Virginia, and has been central to the Northern Virginia Chamber of Commerce’s advocacy work for decades. It will remain central to our efforts in the face of this renewed pressure.

The grocery tax repeal (with details still being negotiated) was passed with bipartisan support. The revenue from the grocery tax is dedicated to K-12 education and transportation. The gas tax freeze, initially promised by Gov. Youngkin during the campaign, was defeated in the Senate but the threat looms. The gas tax revenue is dedicated to transportation across the Commonwealth.

Repealing dedicated sources of revenue presents advocacy organizations like Chambers of Commerce with a multi-year challenge: identifying a new dedicated source of revenue that industry can support and that generates adequate long-term revenue. Additionally, this year’s action undermines two of our biggest needs in Virginia and one of our most valuable assets in public K-12 education.

We have work to do.

Now is the time for Chamber members to talk with your colleagues, and talk with your elected leaders, to help build a greater understanding of how important high quality public K-12 education and transportation infrastructure is to your business, especially how it affects your ability to attract talent and to grow here. Our region cannot afford to lose ground in an increasingly competitive world, and cannot afford to take a break from investing in critical needs like education and transportation.