We work with business leaders, top institutions, other business organizations, and a diverse group of elected leaders to stress the importance of regionally-focused collaboration throughout Northern Virginia.
Read Our Week 7 Summary 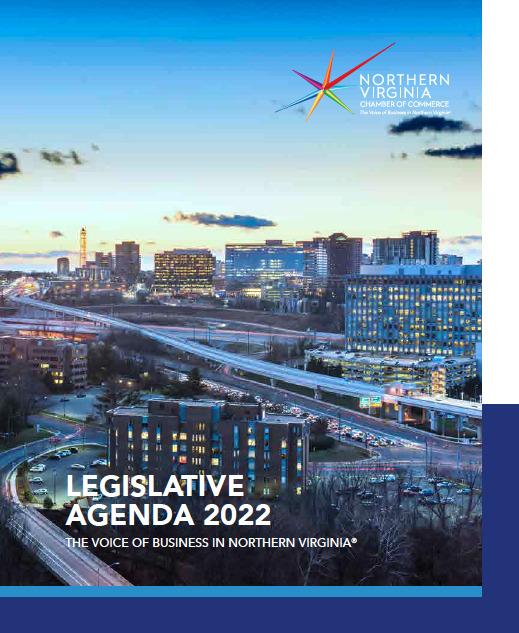 The 2022 General Assembly session is coming to a close formally on March 12. Most of the work that is left will be negotiated a compromise budget, with the House and Senate version differing in some large ways. However, as one Senator described it, it can be easier to negotiate on a couple big items than it is to negotiate on a lot of small items. We will be watching this week as tax cuts proposals that impact education and transportation revenue take center stage.

Most of the bills the Chamber has watched during the 2022 Session have either been killed or conformed or are headed to conference to work out the details. This means there has not been much action on our legislation since crossover. A quick update on a few bills that moved during the week of Feb. 28:

Biogas: The Senate passed the bills with strong bipartisan support, while the House Commerce and Energy Committee took another look at the Senate version this week. That committee approved the bill 13-9.

Limitation on duration of executive orders: The House Rules Committee approved the bill unanimously on March 3 after being approved by the Senate 29-11.

Family Leave Insurance: Approved by the House and Senate.